Written by Sam and Kez for MonaCorona.com. All Photos courtesy of Sam and Kez.

We’re a British couple who, after getting married in November 2017, decided to wave goodbye to our comfortable lives and chase the eternal sunrise across the globe. We seek to inspire travellers, lovers, and wanderlusters worldwide, sharing our story and experiences along the way. Here are some of our favorite ways to spend time together, for the most romantic things to do in Melbourne, Australia. 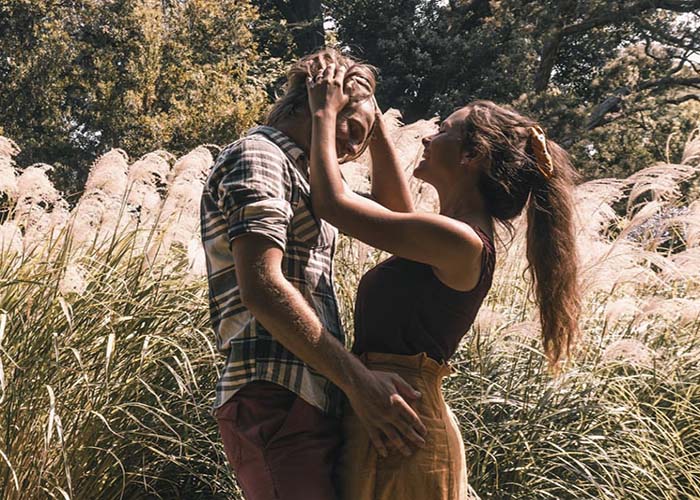 We came to Melbourne in January 2019, and by the time we leave we will have been here for around six months. We are lucky enough to live pretty close to the CBD (major central business district), but as we work at a bar in the evenings we are able to explore quite a fair bit during the day.  For us, Melbourne is the first Australian city we’re happy to spend a considerable amount of time living in. It’s pretty relaxed for such a big city, and the people are more approachable than most other city-folk. So, just what is this city all about?

Multicultural atmosphere, hidden laneways and sport fanatics. Welcome to the second biggest city in Australia: Melbourne. Unassumingly romantic, yet achingly cool without trying too hard, Melbourne is the home of AFL (Aussie Rules Football, to you and me), coffee, and street art. It’s a popular location for backpackers to begin or end their East Coast exploration of Australia, but it is so much more than just another destination to tick off the bucket list. 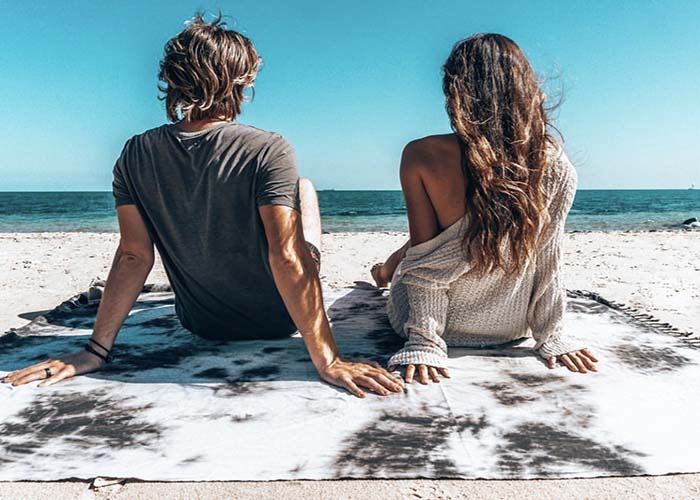 Romantic Things to do in Melbourne, Australia for Couples

Frequently labelled as one of the world’s most liveable cities, Melbourne boasts an incredible mix of people who call it home; and all this culture seeps out into the city itself. From chic restaurants in CBD high rise buildings, to secret bars tucked away amongst some seriously impressive wall art, there is something to do here to suit any couple’s idea of romance, budget, tastes, and moods.

Drink, Dance, Eat, and be Entertained at one of the Many Melbourne Festivals

Barely a weekend goes by where there isn’t a festival of some kind taking place. St Kilda Festival is the biggest free music festival in Australia, and draws a crowd of around 450,000 people. Then there are food festivals, beer festivals, sporting events, comedy festivals, arts festivals… the list goes on.

Sporting events can be a fun date idea, there is always something sporting going on in Melbourne. Since arriving here, we’ve seen the Australian Open, the Grand Prix, and now the AFL season is underway. Melbourne is the home of AFL, and the team pride runs deep here. If you’re going to see a game, Melbourne is definitely the place to do it. 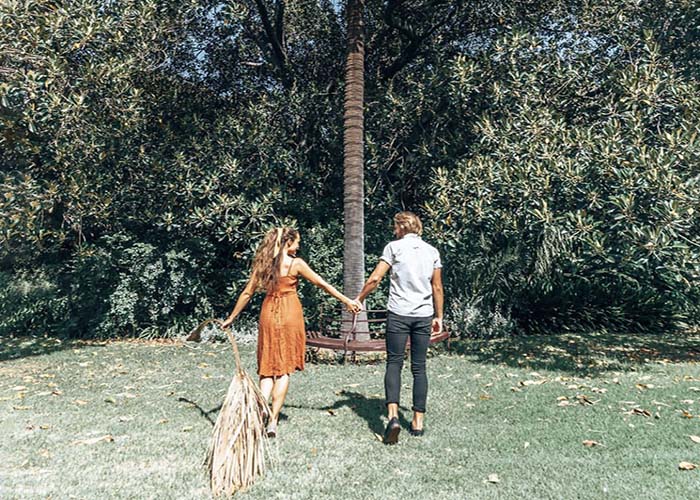 Take a Stroll at the Picturesque Royal Botanic Gardens

For a bit more of a leisurely day, we love to wander around the Royal Botanic Gardens. With beautiful views back over the river, the MCG, and the CBD, it’s the perfect spot to escape the city without having to travel too far. You can even take a boat out on the lake!

No trip to Melbourne would be complete without immersing yourself in the plethora of amazing street art. Changing on an almost daily basis, no street is the same and the creativity will blow you away. The most famous street is Hosier Lane, but Fitzroy and Collingwood also have some pretty awesome masterpieces to their name. There is a self-guided street art walk you can do around the CBD, but head east along Flinders Street and you’ll soon start seeing colourful side streets appear. Our tip? Go early in the morning or early evening to avoid the crowds. We walk past Hosier Lane to get to work and sometimes it is PACKED. 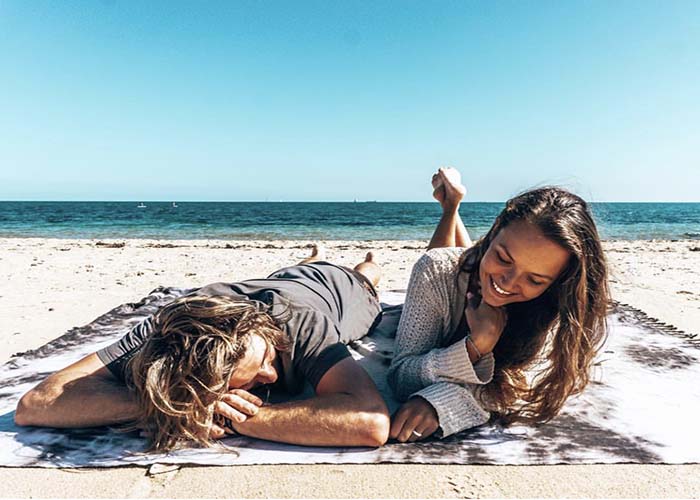 Visit one of the Best Beaches in Melbourne

If you are ready for an escape from the city, you don’t even have to go far at all. Hop on a tram to St Kilda and you could be on the beach within 20 minutes. After sunning yourself for a while, head to Acland Street to treat yourself to a slice of cake from one of the amazing bakeries. You won’t be disappointed. The pier at St Kilda is also home to a colony of adorable Little Penguins. They reside there all year round, but during warmer months get there well before sunset to get a decent spot to watch them return from the sea. It’s a popular attraction!

Another nearby beach is Brighton. Famed for the iconic Brighton Bathing Boxes, the town centre itself is worth spending some time in. It’s pretty, quiet, and a little bird tells us that the Op Shops (second hand/charity shops) there can have some designer label bargains. Make a day of it and then catch the train all the way back to Flinders Street. 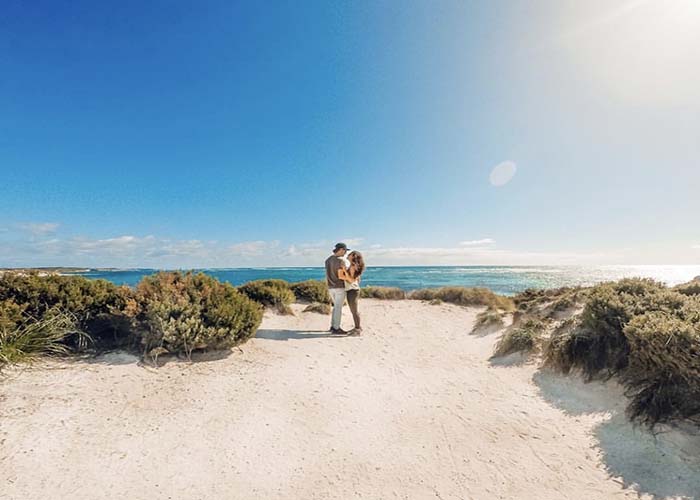 If you plan on going a bit further afield, Melbourne is the gateway to the Great Ocean Road. Recognised world over as a seriously scenic drive, it can take anything from 2 days to 2 weeks to explore everything the area has to offer. We are strong advocates of slow travel, so if time is on your side really try to make the most of the experience by soaking up the sights over a week or so.

Naked for Satan, Fitzroy: With a rooftop bar to envy the rest, and in an achingly cool neighbourhood, Naked For Satan is one of our favourite places to relax. There are multiple floors, but walk to the back of the ground floor to find the elevator all the way up to the roof.

Vegie Bar, Fitzroy: This restaurant specialises in wholesome vegetarian food, and does not disappoint. Even meat-eaters rave about it, and it really fills up in the evening. Big portions and hugely satisfying.

Stalactites, CBD: Operated by the same Greek family since 1978, and open 24 hours a day, Stalactites gives you the big family welcome you’ve missed whilst travelling. Authentic, warming, and delicious.

Easey’s, Collingwood: A burger joint in a converted train carriage. Perched on a rooftop, with views of the CBD. Need I say more?

Best Boutique Hotels in Melbourne. Perfect for a Unique Romantic Getaway, or a Honeymoon in Melbourne

Notel: Notel, or ‘Not A Hotel’, offers airstream trailers converted into hotel rooms hidden away on a rooftop in the CBD.

Crown Metropol Hotel: Based conveniently amidst the bars, restaurants, and the casino of Melbourne’s Southbank. 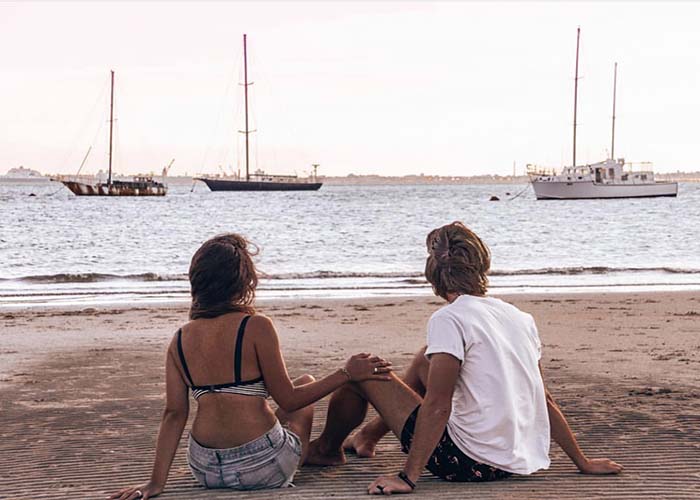 Melbourne has quickly found its way into our hearts. As firm ‘non-city-folk’, we have been pleasantly surprised by how unlike a bustling and anonymous city this one feels. Maybe it’s the fact that beaches, mountains, and bushland can be reached so easily. Or because there is always something new to see, or try out. Melbourne truly has something for everyone, so be sure to include this unassuming romantic getaway in your travel plans as soon as possible.

See what else Sam and Kez are up to on Instagram. 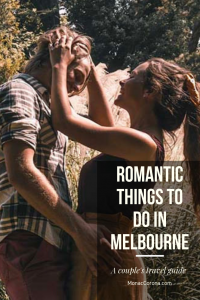 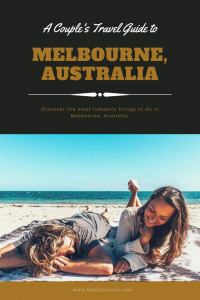 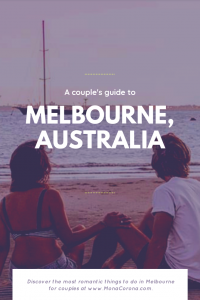 4 thoughts on “The Most Romantic Things to do in Melbourne, Australia”